For thousands of years, humans have attempted to replace missing teeth. Evidence shows that these attempts have dated as far back as 2500 B.C., to the ancient Egyptians using gold wire ligatures to hold in place and stabilize teeth that had fallen out. Since then, humans have tried using sea shells, oxen bones, and everything […]

In a previous blog post, we discussed all of the interesting things that could cause gum recession. From smoking and grinding to orthodontics and toothbrushing, we discussed the research that explains why these things cause the gums to go away. Once patients are diagnosed with gum recession, the next question becomes “what can I do […]

Gum recession is a major concern for many of our patients due to the poor esthetics and the possibility of sensitivity and decay. Studies have shown that 50% of people between 18-64 years of age have one or more sites with recession and 23.8 million people have one or more tooth surfaces with greater than […]

Caring for Dental Implants at Home: As Dr. Stanley explains in the video, dental implants shouldn’t be tough to clean if they’re done properly. However, it is very important to properly clean and take care of your dental implants for them to be successful over time, as is the case with your natural teeth. 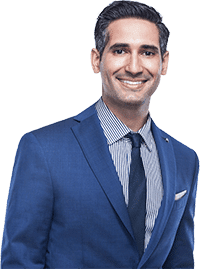 Get In Touch
Call Message